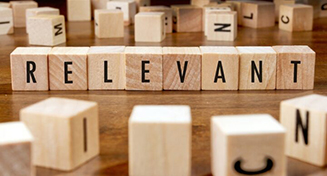 American scholar Sam Pascoe once said that, “Christianity was born in Israel, only to be taken to Greece and morphed into a philosophy. From there it was taken to Rome and made into an institution of civil power. Eventually, it migrated into Europe where it was developed into a culture. And later, it was brought to America and made into an entrepreneurial business enterprise.”

One of the questions many ask as we begin a new decade is whether or not Christianity will remain relevant and vibrant in the future. Research continues to show that many young people consider themselves “spiritual” but not religious. When you take the time to ask them why, here’s what you hear: Christianity is hypocritical, judgmental, overly political, homophobic, and boring.

For those of us who lead churches, preach on Sundays, and pour our heart and soul into the faith, this is difficult to hear. Christianity Today made a big splash before Christmas in publishing an article saying that President Trump needed to be removed from office. Mark Galli wrote, “Unfortunately, the words we applied to Mr. Clinton 20 years ago apply almost perfectly to our current president. Whether Mr. Trump should be removed from office by the Senate or by popular vote next election – that is a matter of prudential judgment. That he should be removed, we believe, is not a matter of partisan loyalties but loyalty to the Creator of the Ten Commandments.”

As you can imagine, this article was divisive. Some dismissed it and got angry. Some celebrated it and subscribed to the magazine.

It is interesting to note that many who defend President Trump do not do so on the basis of his character or temperament but on his policies. Many celebrate the thriving economy, surging stock market, record low unemployment, border security, and have a dire fear of our country moving in the direction of socialism. It is no secret that there are serious ideological and policy differences between the two parties that only seem to be growing. Democracy has never been dull.

I continue to argue that Christianity must remain relevant in the future because our world is fractured and broken, and because faith has the unique ability to address three great challenges that our culture now faces: loneliness, extreme polarization, and fear.

Arthur Brooks recently published an article in The Washington Post showing how loneliness and polarization fuel each other. He states, “A reason for the uptick in social isolation is political polarization. When we politically curate our networks and friendships, most of us have fewer opportunities for new social interactions. If I am unwilling to interact with people who hold – or might hold – the opposing viewpoint from mine, I have cut way back on the number of people with whom I might make a meaningful human connection.”

Brooks is right. We are letting political differences dictate who we choose as friends. It’s also dividing families. At the core of all of this is intense fear. Fear of the future. Fear of being wrong. Fear of not towing the party line. Fear of accepting differences. As far as I can see, the only remedy to intense fear and anxiety is faith. Faith in God. Faith in each other. Faith that there is still more right with the world than wrong with the world. Faith that when things seem chaotic and tensions are high, God is still at work.

Is Christianity perfect? Of course not. But does it continue to offer meaningful solutions to our culture‘s most significant challenges? Without a doubt! Live in community. Act civilly. Love your neighbor because perfect love casts out fear.