When Values, Character, and Politics Collide 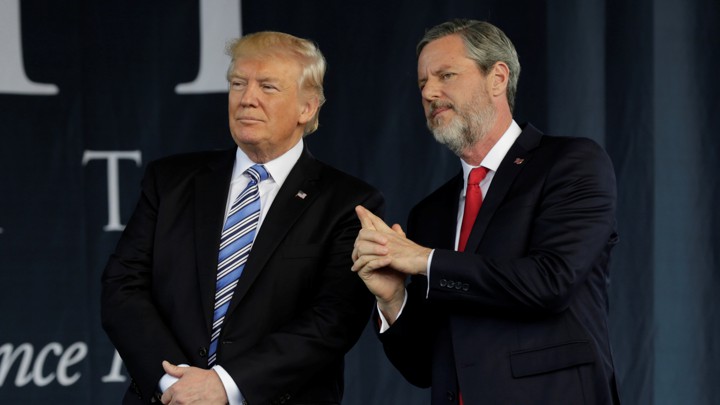 Much has been written about the Evangelical Christian embrace of Donald Trump. Many are perplexed and do not understand it. There was an interesting article published July 5th in The Atlantic by Peter Wehner stating, “The enthusiastic, uncritical embrace of President Trump by white evangelicals is among the most mind-blowing developments of the Trump era. How can a group that for decades—and especially during the Bill Clinton presidency—insisted that character counts and that personal integrity is an essential component of presidential leadership not only turn a blind eye to the ethical and moral transgressions of Donald Trump, but also constantly defend him? Why are those who have been on the vanguard of ‘family values’ so eager to give a man with a sordid personal and sexual history a mulligan?”

These are fair questions given the standards and priorities that evangelical Christians have historically insisted are important. Do these values no longer matter? What could explain the shift? Wehner provides one possible explanation: “Part of the answer is their belief that they are engaged in an existential struggle against a wicked enemy—not Russia, not North Korea, not Iran, but rather American liberals and the left.”

Eric Metaxas articulated this view back in 2016: “The only time we faced an existential struggle like this was in the Civil War and in the Revolution when the nation began … we are on the verge of losing it as we could have lost it in the Civil War.”

What’s interesting is that when you talk to many evangelical Christians, they don’t try to defend Trump’s checkered past or personal history. Issues like abortion, the Supreme Court, and religious freedom take priority. One of the most common phrases thrown around during the 2016 presidential election was that the country was being forced to choose between “the lesser of two evils.” Many stayed home.

The question moving forward for people of faith at the national, state, and local level is this: “Is character important when it comes to choosing our elected officials?”

I continue to argue that it absolutely should be regardless of political party. Secular culture may indicate otherwise. Yet, in this new age of social media slander and character assassination, a common way to combat platforms or ideas that we don’t like is to simply attack the character and validity of the person who holds the position. Both sides do it all the time. Cable news thrives on it. Respect is diminished. Intelligent people are dehumanized. Civility is gone. What gets lost is our ability to have a healthy debate and dialogue based on the merits of the particular idea or policy itself.

Whether you are a Republican, Democrat, or (like a growing number of Americans) currently find yourself politically homeless, this is problematic. Ideas and solutions are not discussed because we are too busy yelling and seeking to discredit the messenger.

In his book American Gospel: God, the Founding Fathers, and the Making of a Nation, Jon Meacham argues that “the great good news about America is that religion shapes the life of the nation without strangling it. Belief in God is central to the country’s experience, yet for the broad center, faith is a matter of choice, not coercion, and the legacy of the Founding is that the sensible center holds.”

One of the dangers of this country’s growing polarization is that the “sensible center” that has historically been grounded in values, convictions, and decency continues to lose its voice. Extremists rule the day, alienation increases, trust erodes, and nobody’s happy.