What Mass Shootings Reveal About Our Culture 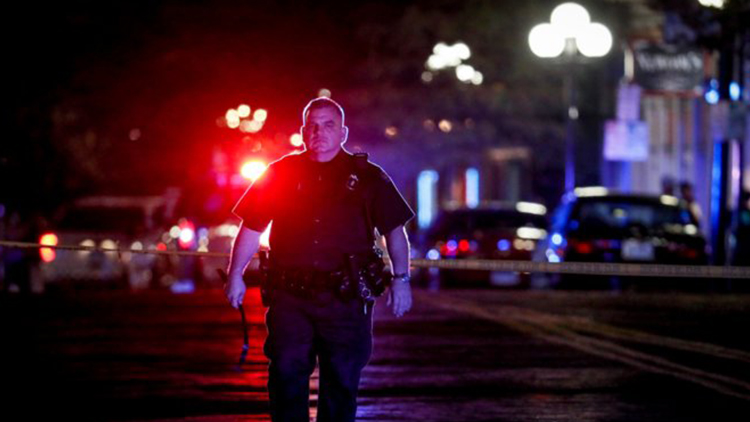 I was a freshman in college when the Columbine massacre occurred in 1999. I remember watching the news coverage in my dorm room, completely dismayed that somebody would do such an evil thing at a high school. If you remember, the killers asked some of the young victims to renounce their faith in God on the spot. When they didn’t, they pulled the trigger.

I was a few years out of seminary when the Virginia Tech shootings took place in 2007, taking the lives of thirty-two people on a college campus. Sandy Hook really shook me up in 2012 as six and seven-year-old children went to school and then didn’t come home. Twenty-seven were killed, lives cut short, families completely devastated at Christmas. Then there was the Pulse nightclub attack that targeted the LGBT community. Forty-nine lost their lives there. And when we couldn’t imagine anything worse, a gunman opened fire from the Mandalay Bay Hotel down onto a country music festival in Las Vegas less than two years ago, claiming the lives of fifty-eight.

This hit very close to home for those of us in Nashville because it rocked the country music world. We knew the people there. They weren’t simply strangers or statistics but friends. I was present at the CMA awards a month later when Eric Church sang “Amazing Grace” to begin the show, paying tribute to those who had passed. President Obama did the same thing while giving a eulogy in Charleston. Now, we have El Paso and Dayton and probably more to come.

There is no other country in the civilized world that comes anywhere close to the United States when it comes to gun violence. The statistics are amazing and maddening. We have a big problem. Sensible gun legislation, removing assault weapons and high capacity magazines from civilians, and passing red flag laws seem like a no-brainer. This is different from abolishing the second amendment, which was established in 1791 when muskets were the weapon choice. You can’t kill multiple people at one time with a musket. The times have changed. So these ongoing nightmares continue to show that we have a gun problem in our culture. And yes, I fully acknowledge that good guys with guns have stopped bad guys with guns and have saved many lives. But these shootings also reveal a number of other issues in our culture that need to be addressed.

Almost all of these atrocities are carried out by young men who seem to be full of rage, hate, and who have become alienated from society. Think about it: Nikolas Cruz in Parkland (19); Adam Lanza in Newtown (20); Devin Patrick Kelly in Southerland Springs, TX (36); Patrick Crusius in El Paso (21); Dayton shooter Conner Betts (24). These were all deeply troubled young men, alienated from society, whose hate and mental illness reached a point where they committed such heinous acts.

In his recent book The Second Mountain, David Brooks makes an interesting observation: “These mass killings are about many things – guns, demagoguery, and the rest – but they are also about social isolation and the spreading derangement of the American mind. Whenever there’s a shooting, there’s always a lonely man who fell through the cracks of society, who lived a life of solitary disappointment and who one day decided to try to make a blood-drenched leap from insignificance to infamy.”

So yes, guns continue to be a problem for this country. But so is social isolation, anger, fear, and rage. Addressing just one of these factors and failing to address the others will not fix the problem. When harsh rhetoric, fear, and division dominate the national dialogue, these horrific events will only continue. What we must learn to realize is that we all play a role in moving our culture to a much healthier, less hateful, and more connected place.