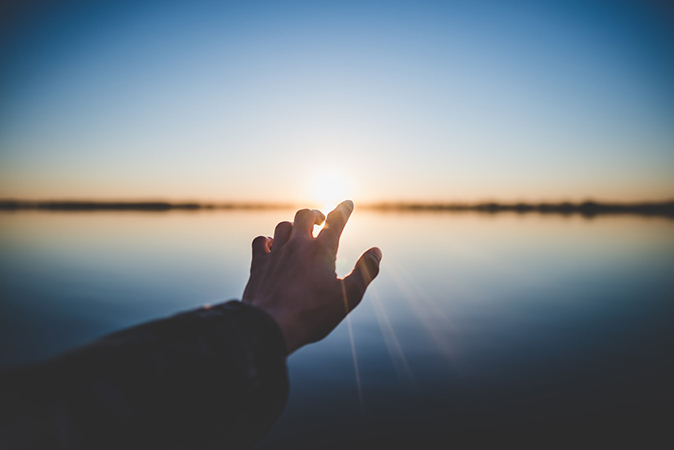 I recently sat with a heartbroken family who tragically lost their husband/father to suicide. It came out of the blue – no hints, no warnings, no signs whatsoever. I was there because I lived through the same thing years ago with my own mother. The only difference was, we knew she was sick and had done everything in our power to help. This family didn’t have that chance.

There is comfort, I believe, in talking to others who have been through similar tragedies in their own life. We don’t suffer alone. We pull each other through.

2020 has been a perfect storm of pain and suffering – a global pandemic, shutdowns, unemployment, racial tension, violence, rioting, looting, a heated election, and now a vacant seat on the U.S. Supreme Court. This year can’t end soon enough.

Atlanta pastor Andy Stanley wrote a book called “Enemies of the Heart” and he talks about anger. He defines anger very simply as “the result of not getting something we want.” He says, “the root of anger is the perception that something has been taken. Something is owed to us.”

But the problem with a lot of our anger is that it is deeply rooted and goes way back. Whatever it is that sets us off is usually not the real reason why we are angry in the first place. Stanley raises a profound question: “How long are you going to allow people you don’t even like, maybe even people who aren’t even alive anymore, to control your life?”

Anger is a powerful emotion, a condition of the heart, and it can lead us to a very dangerous place. It damages marriages and families.

Generally speaking, many people are not doing well right now mentally or emotionally. Therefore, we all must do everything in our power to spread hope, to show mercy, to love deeply, and to listen intently.

Ian Maclaren once said, “Be kind, because everybody you meet is fighting a battle.” This serves as a challenge for us to live and love better, be patient, kind, show compassion, and cut others some slack. The truth is – we could all use more hope, healing, and encouragement right now.

“The Hopes & Fears Of All The Years”