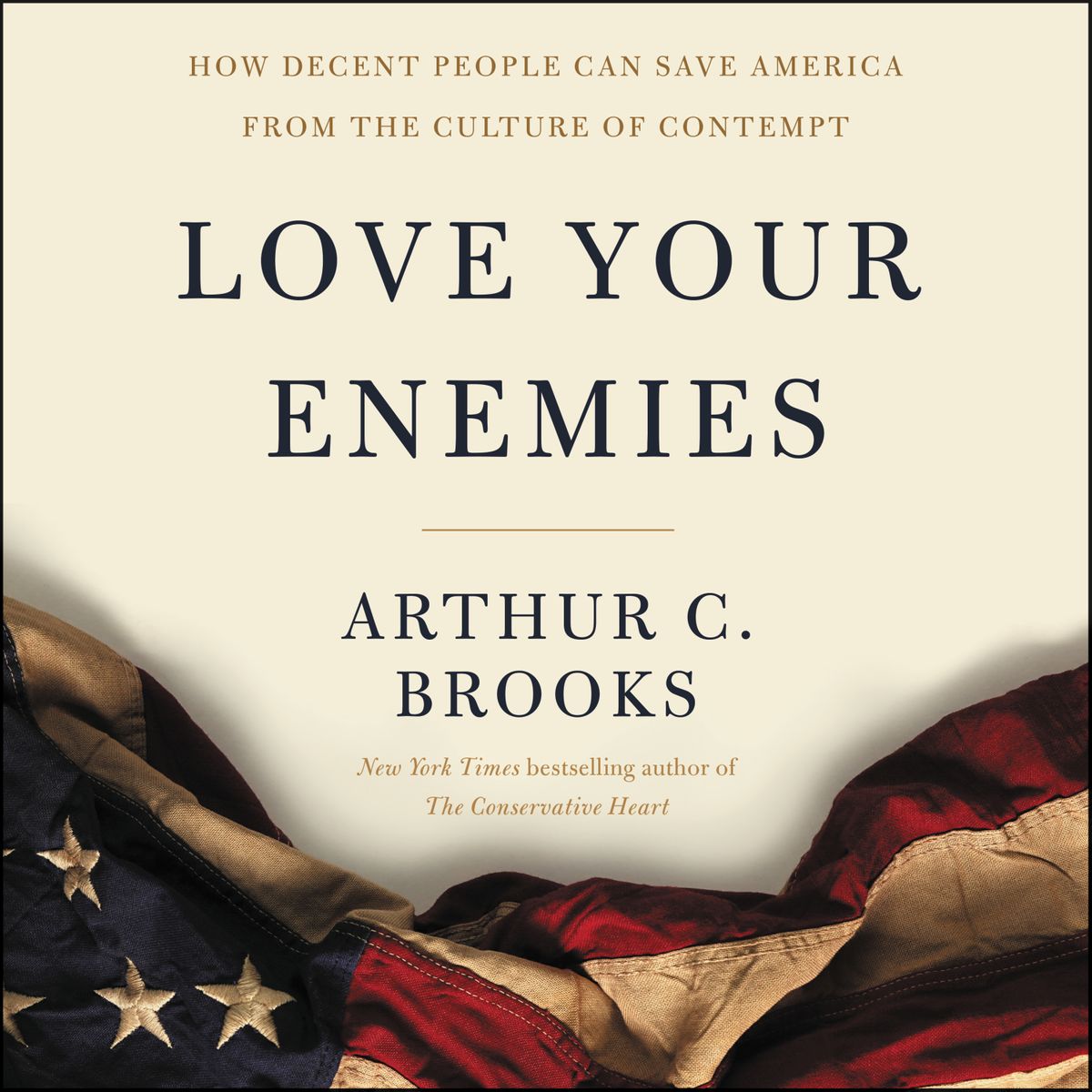 Sigmund Freud famously remarked, “Life as we find it is too hard for us; it brings us too many pains, disappointments, and impossible tasks.”  Freud says, “We are threatened with suffering from three directions: from our own body, which is doomed to decay; from the external world which may rage against us with overwhelming and merciless forces of destruction including earthquakes, floods, and other natural disasters.”  But finally, he says, “we are threatened with suffering from our relationships to other human beings.  The suffering that comes to us from this source is perhaps the most painful of all.”  The suffering that we inflict upon each other can be the worst, most difficult, and most painful.

Perhaps the greatest spiritual challenge facing American society at this moment in history is contempt.  Harvard’s Arthur Brooks writes extensively on this subject and puts it this way in his most recent book Love Your Enemies: “Believing your foe is motivated by hate leads to something far worse; contempt.  While anger seeks to bring someone back into the fold, contempt seeks to exile.  It attempts to mock, shame, and permanently exclude from relationships by belittling, humiliating, and ignoring.  While anger says, ‘I care about this,’ contempt says, ‘You disgust me and are beneath caring about.”  Contempt quickly becomes toxic in relationships, marriages, businesses, families, and communities.

How did we get to this place?  Civility and decency did not just disappear overnight.  One answer is that as a society, we have lost our moral and spiritual center.  Self-centeredness abounds.  We have lost respect for our common humanity.  We have elected leaders who fan the flames of anger and contempt which causes us to think it is acceptable to behave that way.  Political and ideological divides are not new.  What’s new is the way we disagree and our inability to rationally discuss competing ideas in a civil manner.

Rabbi Jonathan Sacks articulates it this way in his book Morality before passing away: “Something new is happening: the sense that the other side is less than fully human, that its supporters are not part of the same moral community as us, that somehow their sensibilities are alien and threatening, as if they were not the opposition in a political arena, but the enemy full stop.”  Sacks talks about multiple factors that have played a role: deepening western individualism, expansion of the internet, toxic social media, and the expanding gap between the “haves and the have nots.”  During the pandemic, that gap has only widened.

What’s the solution?  That’s complicated because we are all complicit and we have all played some role in getting to this point.  Four important concepts come to mind.  First, community.  The pandemic has fractured and isolated our communities in ways never seen.  We need to be around each other more in real time and space and not just on a screen.   Secondly, friendship: we must be intentional about becoming friends with people who see and experience the world differently.  Every person’s life experience is unique.  We all have our own lens and background.  Third, morality.  Part of living a moral life is listening to others and treating them with dignity and respect.  Being religious is not a prerequisite to being moral.  Lastly, forgiveness.  Our cancel culture has lost sight of what it means to practice forgiveness.  We are all flawed and imperfect creatures.  We all say and do things that we regret.  Our inability to forgive each other has become a major problem.  Judging people by their worst moments or actions is simply unfair.  We must look for the good in each other.