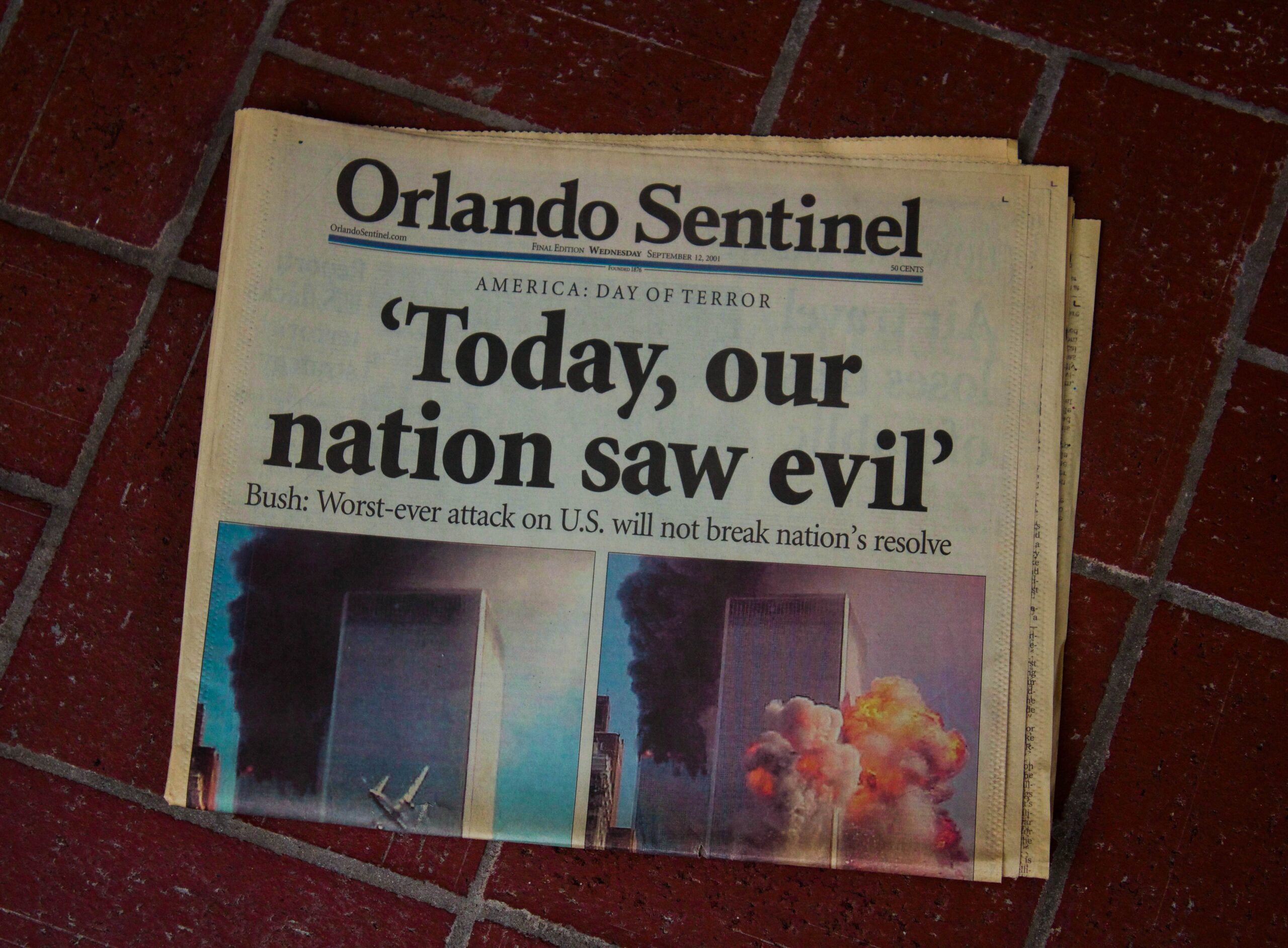 Twenty years ago, our nation was attacked. Do you remember where you were on that fateful Tuesday morning? Do you remember how you felt when turning on the TV? Shock. Anger. Sadness. Dismay. Outrage. Nineteen terrorists collaborated together to hijack commercial airplanes full of innocent people, turning them into missiles. Two of the planes flew into each of the Twin Towers. Another plane crashed into the side of the Pentagon. A fourth plane was on its way to either the White House or Capitol but was brought down by some very brave, heroic Americans on board, saving the lives of countless others.

9/11 took fear and anxiety in our country to new heights. No longer did we feel safe in a nation protected by oceans to the east, south, and west. The horrific images of that day will remain in our minds forever. Images of planes flying into buildings, and the buildings imploding soon after. Images of people jumping out of the buildings to avoid the flames and plunging to their death. Images of Lower Manhattan covered in rubble and debris with people running frantically in all directions to find safety. Images of the Pentagon, our military headquarters, on fire. However, some other images should also stand out in our minds. Firefighters rushed into the towers to rescue people. Civilians risked and gave their own lives to help others in desperate need. Police officers carried people out of the wreckage. Medical personnel tended to the wounded. Prayer vigils were held across the land. On 9/11, we saw both evil and good. We saw the worst of humanity and the best of humanity. We saw fear and we saw bravery. We saw terror and we saw hope. We saw devastation and we saw incredible resolve.

As we reflect back two decades later, what else can be said? We should be thankful that we have not suffered an attack anywhere close to the scale of 9/11 in the US. We should be grateful for the men and women who have given their lives serving this country. We went into Afghanistan in 2001 to remove the Taliban from power and capture Osama Bin Laden, the mastermind behind the US attacks. Thanks to our intelligence and some very brave navy seals, Bin Laden was brought to justice over a decade ago. But we stayed another ten years, and we could never agree on exactly why. The way we exited this summer seemed rushed and irresponsible at best, leaving behind American citizens and Afghans who fought alongside us.

Twenty years later, the Taliban is back in power, well-armed, and is doing what the Taliban does – intimidating, bullying, threatening, and killing. Those of us who believe in women’s rights and basic decency are morally concerned. Will history repeat itself? Will another attack be planned on our country? Only time will tell. On this particular day, we should pause and say a prayer for the three thousand lives lost that tragic day in New York, Washington, and Pennsylvania. We should also remember those who have since given their lives to keep our nation safe, including the heroic US marines killed just a few weeks ago at the Kabul airport. Their service was not in vain.

War is hell. Just ask any veteran who has ever fought. It is the opposite of God’s plan for the world. Yet we are painfully aware that evil exists, wrapped in extreme ideology, hate, and dangerous theology. Young people are willing to strap bombs to their chest, pray, and blow themselves up in a crowd. They have been brainwashed and corrupted. Questions about the US’s role in policing the world are difficult. Easy answers do not exist. But, we press on, remembering those we’ve lost, lifting up their families, working for peace, and doing our part to spread hope and love to those living in a world of fear and despair.