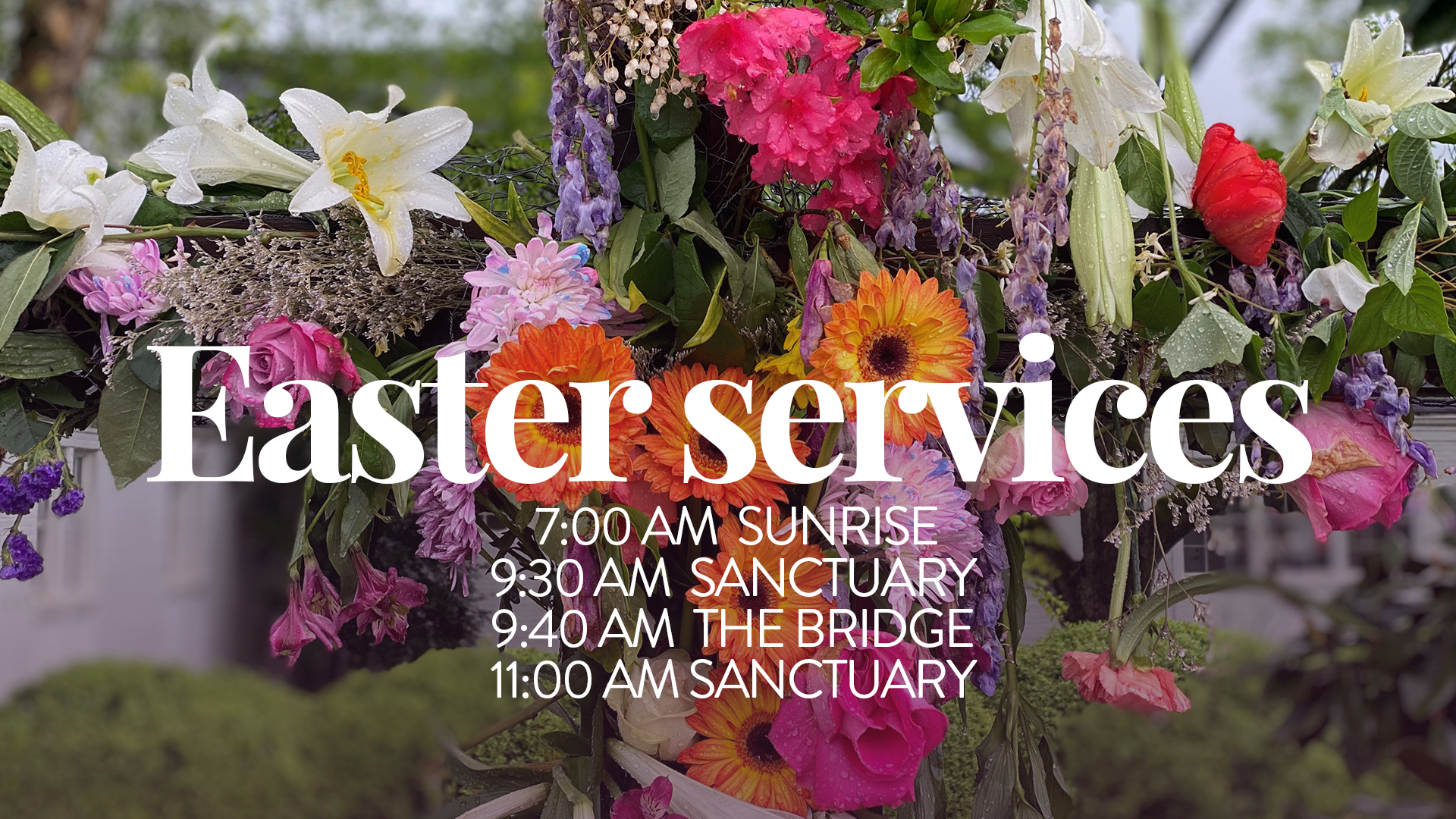 Our world needs Easter. We’ve been through a brutal pandemic, political upheaval, racial tension, and we continue to watch innocent people being killed every day in Ukraine from a senseless invasion. We all long for the promise and hope of Easter. I once had a conversation with a prominent therapist in town who told me that most of the clients he sees come into his office at 5 pm on the Saturday before Easter. He did not mean that literally, but metaphorically. Life is full of Saturdays. The worst has happened. Plans have changed. What we thought would be true seems no longer true. The marriage is over. The affair has been discovered. The suicide really took place. The cancer is real. The child is in rehab. The job has been lost. Bankruptcy has been filed. The addiction continues. The fetus has lost its heartbeat. No, life does not seem to work out the way we originally planned which often leaves many of us feeling hopeless, lost, confused, angry, resentful, and overwhelmed.

Austrian psychiatrist Sigmund Freud famously said that pain comes to us in life from three different forms. First from the natural world with its hurricanes, tornados, floods, and earthquakes. Second, from our bodies which decline over time as we age. But the third force is the most difficult: it’s the pain that we inflict upon each other. It’s the disappointment that happens when those we love the most hurt us and hurt us deeply. It’s what we do to each other that seems so harsh and cruel.

The disciples were heartbroken following the crucifixion. The one they had loved, trusted, followed, and believed in had been executed, put to death in the most violent of ways. It seemed like it was over. The movement that had given them great hope and meaning had ended. Jesus was dead. But thankfully, the story doesn’t end there. Death and despair never have the final word when it comes to God.

In Luke’s account, when the women went to the tomb early on the third day, they found that the stone had been rolled away, and they went inside and did not find the body. Two men appeared in dazzling white clothes and tried to console the grieving women. They asked them a profound question, “Why do you look for the living among the dead? He is not here. He is risen.” At the heart of Easter is a reminder that death is not the end. There is eternal life. And that God can take any type of hopelessness, despair, and pain in this life and turn it into a new beginning.

The world seems full of Good Friday Christians who live with pessimism, their heads down, their hopes dashed, their expectations lowered, and their fears out of control. Many live as though they would rather not be here, as though life is always a burden and not a blessing, and although they are alive in this world, they are simply going through the motions day after day. But Easter can change the way we see life. Easter reminds us to live in hope and not despair, to see the good and not just the bad. Frederick Buechner was once asked if he had been born again. To which he gave a classic response, “Let me tell you something, I have been born again and again and again.” No matter what may happen to us in life, may we all live in hope and find ways to be born again, and again, and again.