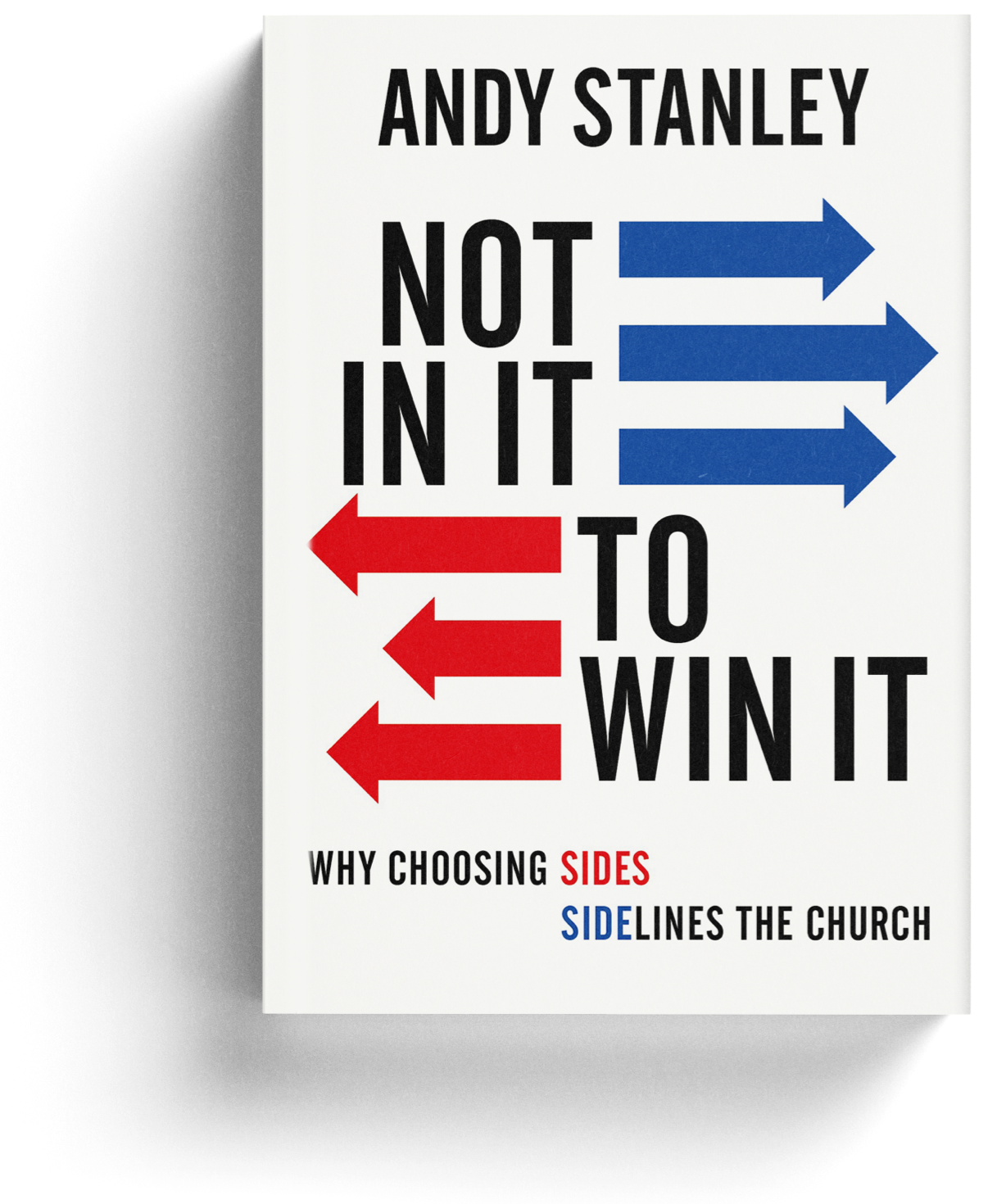 Twelve years ago, I made the decision to focus my doctoral research on the subject of faith, politics, and polarization? Why? Because I have been concerned for many years that political polarization is a threat to any church trying to bring people together. When you talk to many in the younger generations, gens Y and Z, one of the primary grievances that they have with today’s Christianity is that it has become far too politicized, allowing the polarization of our culture to bleed into the life of the church. Atlanta pastor Andy Stanley, leader of North Point Ministries, has just published a great book talking about why this is a serious problem for Christianity that needs to be addressed. In Not In It to Win It, Stanley argues that churches that allow partisan politics to overshadow Jesus’s teachings are doing great damage to the faith, regardless of which side they may be on. According to Stanley, “Pastors who publicly aligned themselves and their churches with a political party or candidate abandoned their calling, undermining their credibility, and exploiting the body of Christ. For them the end would justify the means. Winning would be worth it.” When a pastor aligns with a particular party or candidate, they quickly alienate a large portion of their congregation.

Here’s the challenge: should pastors address moral issues in our culture that are related to right and wrong? Should we address what happened on January 6th? What about the Buffalo and Uvalde shootings a few weeks ago and how we think about violence? What about the ongoing abortion debate around the possibility of Roe V. Wade being overturned? I am thankful that Woodmont has conservatives, moderates, and liberals, Republicans, Democrats, and libertarians. Church should be this way. One of the sad trends in the twenty-first century is that people are choosing churches based on partisan politics and ideology. This has only intensified the deep divide and polarization in our culture. The teachings of Jesus Christ should unite and not divide. Room must be left for disagreements and productive dialogue.

In the book, Stanley quotes many other Christian leaders who have recently weighed in on this issue. Ed Stetzer, Dean of Wheaton College, says, “You can’t hate people and engage them with the gospel at the same time. You can’t war with people and show the love of Jesus.” Russell Moore, who recently broke with the Southern Baptist Church over a number of issues says, “We now see young evangelicals walking away from evangelicalism not because they do not believe what the church teaches, but because they believe that the church itself does not believe what the church teaches.”

So what’s the answer? The answer is a clear recognition that politics, whatever brand it is, divides and can quickly become a form of idolatry. When this happens, Christians lose focus on the teachings of Christ to engage in the culture wars of the day. Do Christians disagree on political and social issues? Absolutely, and they always have. Should this be a reason for division and disunity? No. But it’s easier said than done. Thanks to the rise of social media, sound bytes, and cable news, incivility has reached an all-time high. But most people do not want to live this way. Fear is a big money business that wants to keep us divided and angry all the time. Until the silent, sane majority speaks up, extremes will continue to rule the day. That’s not what Christianity is about. That’s certainly not what loving your neighbor is about. For Stanley, “You sell things in the extremes. You raise money in the extremes. You get elected in the extremes, but most people can’t live in the extremes unless you have one of those jobs where the only way you are going to get paid is by ginning up fear.”