Can Faith Return Us to Civility & Decency? 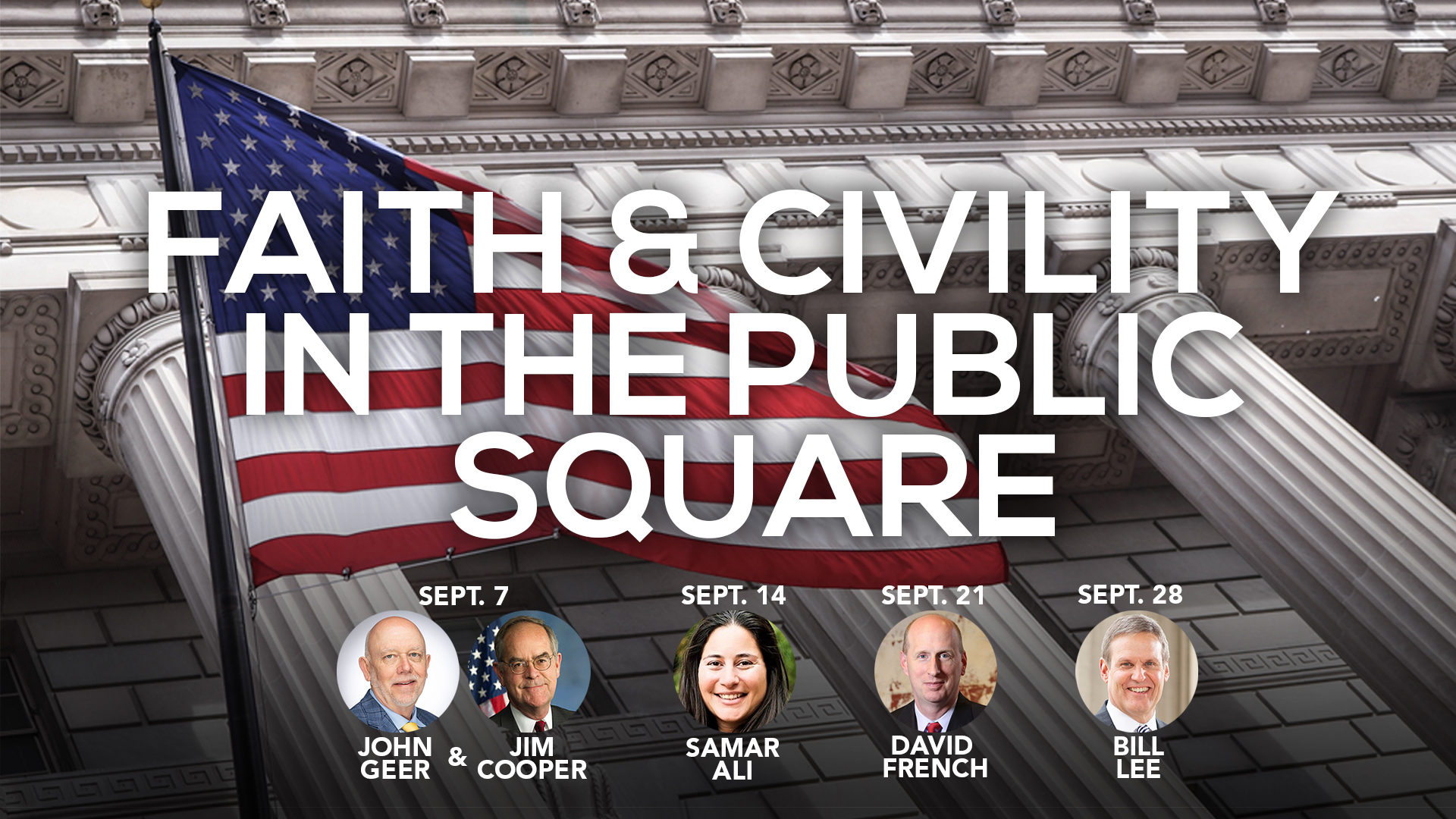 Could Christians teach our culture how to be civil again? Could we demonstrate what it looks like to listen intently to one another? Before his death in the fall of 2020, Rabbi Jonathan Sacks expressed his deep concern about the death of civility in western culture. Not only has this become a secular problem in politics and the public square, but also a big problem among believers of the same faith tradition. “Civility is more than good manners. It is a recognition that violent speech leads to violent deeds; that listening respectfully to your opponent is a necessary part of the politics of a free society; and that liberal democracy, predicated as it is on the dignity of diversity, must keep the peace between contending groups by honoring us all equally, in both our diversity and our commonalities.”

Sacks was intentionally specific about the fundamental reasons why civility has declined so rapidly in our culture. First, we have seen a deepening sense of individualism that has grown in western culture ever since the 1960’s. We have moved further and further away from the civic mindset of the greatest generation who returned from the war and invested in social capital. Second, we now have the internet which has permanently altered the way that we acquire information. We are living in an age of information overload, and much of the information is inaccurate and not grounded in facts. Third, and perhaps most significantly, we are experiencing the un-civilizing impact of social media, often described as the disinhibition effect, which according to Sacks is a “cacophony of noise in place of true communication.” It is often anonymous, invisible, asynchronous, unregulated, and not face to face. People will type and post things they would never say face to face to another person. One outrageous remark results in another. The more outrageous the comment, the more views and “likes” it gets. Fourth, we are experiencing a significant divide in our culture between the “somewheres” and the “anywheres.” This is the growing gap between the haves and have nots, coastal elites and small towners, those who benefit from the new economy and those who get left behind and deeply resent it. This divide is real and creates serious resentment.

All of these factors have contributed to our cultural decline of civility. It seems like one of the great opportunities for Christians and people of all faith traditions is to try to lead our culture out of the wilderness and back to a place where we respect each other’s humanity and differences. Sadly, Christians often embody the same division, hostility, anger, and disunity as the rest of the culture, a far cry from Christ’s final prayer in Gethsemane that “all would be one so that the world would believe” (John 17).

Sacks offered three “principles of civility” that he believed would go a long way in making this problem better. First, for there to be justice, all sides must be heard. Our legal system should always seek to honor this. Second, truth on earth cannot aspire to be truth as it is in heaven. All truth on earth represents a perspective, and there are multiple perspectives. Every person’s life, experience, and worldview are different. Third, the alternative to argument is violence, which is why argument and conversation must never cease. We have all seen what happens when it does. When civility and dialogue disappears, a new world of problems will arise. The goal in returning to civility is not to change somebody else’s mind, but to build healthier relationships, foster community, learn from each other, and have meaningful dialogue in a culture that has now resorted to echo chambers of the like-minded.

This September at Woodmont, we will welcome a number of different speakers as a part of this series. We will hear from scholars, journalists, and public servants in both parties. It should be a very interesting series.

Wednesday, September 14
• Professor Samar Ali – “The Challenge of Unity in a Polarized Culture”