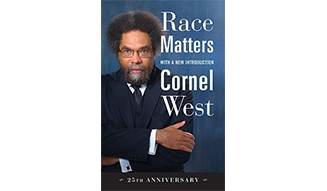 The tragic murder of George Floyd on Memorial Day while in the custody of Minneapolis police officers set off a firestorm in this country. Truth be told, this storm was already brewing and Floyd’s death blew the lid off. The protests that we are now witnessing locally, nationally, and globally, as well as the violence, looting, and lawlessness, is the direct result of racial tension, economic frustration, a global pandemic, a shutdown economy, and political chaos.

There has been a clear differentiation between the peaceful protesters and the bad actors who have infiltrated the protests. However, night after night, it became predictable that one would lead to the other.

I wasn’t around in the 1960’s but many have told me this has been reminiscent of that era. Truth be told, we’re all emotionally exhausted. We are all limping into summer, still battling COVID-19, wondering when we might catch a break from the chaos, tension, and upheaval.

Racism has been referred to as America’s “original sin.” It runs historically deep and is multi-layered. But let’s not lose our collective minds and pretend we haven’t made any progress as a nation since the Civil Rights Acts of 1964 and 1968. Significant progress has been made. The country elected an African American President in 2008 and again in 2012 – race was no longer a barrier to achieving the highest office in the land. We have black senators, congressmen, mayors, and CEOs. Yet clearly, we still have a way to go. Conscience calls us to keep moving forward.

Cornel West wrote a book titled Race Matters back in 1993 after the LA riots. He says, “To engage in a serious discussion of race in America, we must begin not with the problems of black people but with the flaws of American society – flaws rooted in historical inequalities and longstanding cultural stereotypes.”

This nation that we love is far from perfect. We can’t change the past but we must come to terms with it. West argues that both liberals and conservatives have fallen short in their approaches.

“The liberal notion that more government programs can solve racial problems is simplistic – precisely because it focuses solely on the economic dimension. And the conservative idea that what is needed is a change in the moral behavior of poor black urban dwellers highlights immoral actions while ignoring public responsibility for the immoral circumstances that haunt our fellow citizens.”

However we approach this complicated conversation, we must recognize that race, class, education, poverty, and economic opportunity are all tied together, and there are no easy solutions. What remains true is that we all have a role to play to proactively make it better. It starts with relationships and empathy for those who feel unheard. It starts with refusing to remain indifferent and accept the status quo.

“Defunding the police,” however that is defined, does not seem like a sensible solution if we wish to live in a civil society. The overwhelming majority of police officers are good people, many of them black. But complacency is also unacceptable. Reforms should be made.

As he sat in a Birmingham jail cell back in 1963, Rev. Martin Luther King Jr. wrote the following powerful words to a group of white clergy with whom he was frustrated and disappointed: “I have almost reached the regrettable conclusion that the Negro’s great stumbling block in the stride toward freedom is not the White citizens’ ‘Councilor’ or the Ku Klux Klanner, but the white moderate who is more devoted to ‘order’ than to justice; who prefers a negative peace which is the absence of tension to a positive peace which is the presence of justice; who constantly says ‘I agree with you in the goal you seek, but I can’t agree with your methods of direct action’ who paternistically feels that he can set the timetable for another man’s freedom; who lives by the myth of time and who constantly advises the Negro to wait until a ‘more convenient season’.”

We can’t condone violence and lawlessness, but King’s words should still call us out today to do our part. Sitting on the sidelines is not an option.

Worshipping in the New Chapel